The Visitor´s Amateur Radio Station SI9AM in Utanede was closed in December 2020, due to poor profitability for several years and almost all rentals ceased after the Covid-19 pandemic broke out in the spring of 2020.

At one of our last digital board meetings, it was decided that we would organize a reunion in August 2021, but the pandemic was still going on then, and the meeting was moved to August 2022. We were 16 people who met on Saturday 13 August 2022 at Hotel Indalsleden in Bispgården.

The day began with coffee/tea and sandwiches while we greeted each other and were surprised that some of us had not met "live" for two years.

At ten o'clock Jörgen asked us to take a seat in the meeting room and he warmly welcomed us all to this reunion. Everyone got to introduce themselves as there were some new faces.

Via Skype, we connected SI9AM's ambassador in Thailand, HSØZDY Svante. Svante living in Bangkok have been involved from the first ideas for a Visitor´s Amateur Radio Station, to the construction and finally the closure of SI9AM. Svante with a close connection to R.A.S.T. Radio Amateur Society of Thailand, could  certify that R.A.S.T. were well-disposed to our initiative in forming SI9AM. It was particularly fortunate that we in Sweden had the prefix SI and that PTS approved the callsign SI9AM. SIAM was formerly the name of Thailand. For Thais, the number 9 is a lucky number because it is and was a tribute to the Thai king "Rama IX".

After a short break, SM3FJF Jörgen showed a picture presentation about "SI9AM years 2000 - 2020". Via the Jitsi video platform, DD2CW Jef was connected. ON6UQ/Marcel (silent key), DD2CW/Jef and ON3UN/Dirk are the foreign hams who have rented SI9AM the most times. Jef 14 times, Marcel and Dirk 9 times. They have then rented SI9AM for a whole week, either in March and/or in October. Sometimes they have also attracted some other foreign hams to join them on their trips to SI9AM.

Jörgen asked Jef: "What is so special about SI9AM in Utanede and Ragunda municipality that you have returned so many times to SI9AM?"

Jef replied: "It was for Jämtland's beautiful nature, the silence, the unique radio station and the people, etc."

Also present at the meeting was Anders Lundström, who lives next to Holmstagården in Utanede. Over the years, we have borrowed tools, ladders and much more. It was interesting to hear Anders tell us a lot of details about what happened before and during the construction of the Thai Pavilion in Utanede.

At many of our annual meetings at Holmstagården, we served sandwich cake for lunch and we had therefore ordered sandwich cakes for this reunion, which was appreciated by everyone. After the lunch, about one o’clock, we went by car from Hotel Indalsleden in Bispgården to the new Radio Club SI8AM in Utanede.

There was a lot to talk, but after one and a half hour we had to go back to Hotel Indalsleden. There was coffee/tea and freshly baked vienna bread and lots of talk about everything that had happened over the years.

We gathered again in the meeting room and watched the YouTube film that SM3GHE Nils made in 2004 (The YouTube film). The film shows, among other things, SI9AM's commitment to prepare a tribute guestbook for Queen Sirikit's 72nd birthday. That year the Queens call sign HS1B was replaced with the call sign HS72B. (Being 72 years in Thailand means a big celebration.) The tribute guest book was sent by Thai courier to the Queen Sirikit'.

Saturday ended with everyone present having the opportunity to tell a special event or similar that they remembered from all the years at SI9AM.

About half past four Jörgen again thanked everyone for coming and thanked Hotel Indalsleden for good service and wished the new Amateur Radio Club good luck and everyone agreed with a big warm applause for Utanede Radio Club SI8AM. 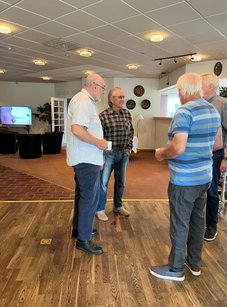 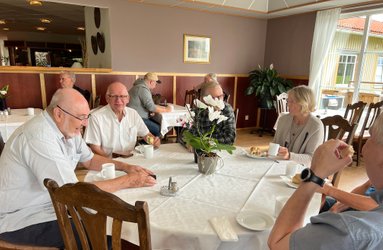 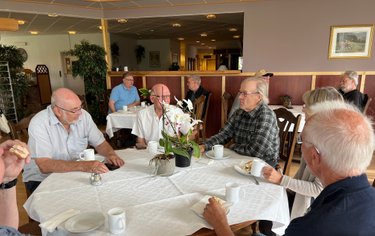 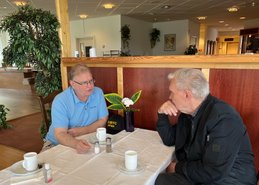 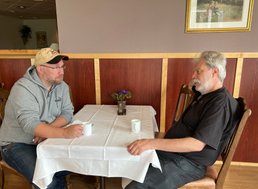 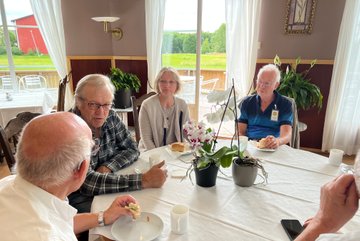 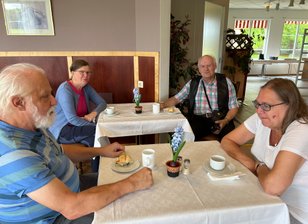 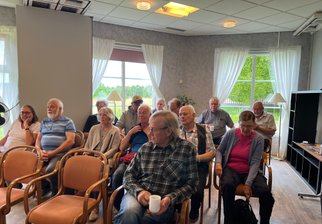 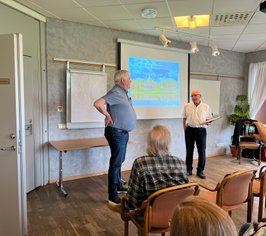 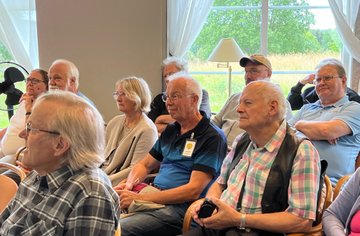 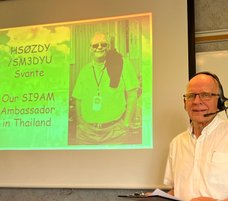 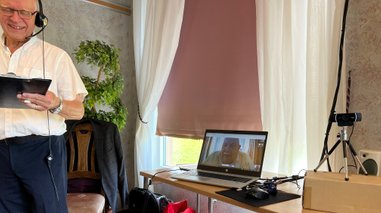 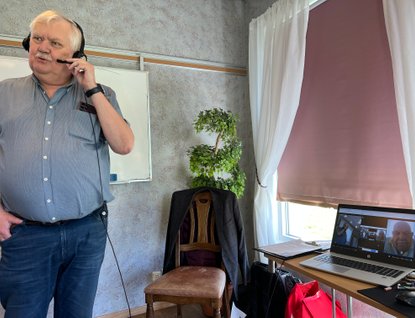 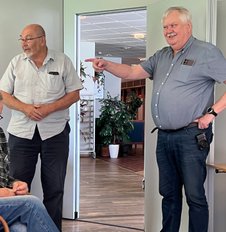 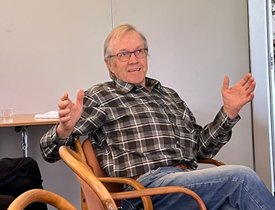 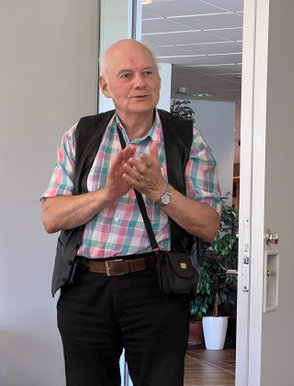